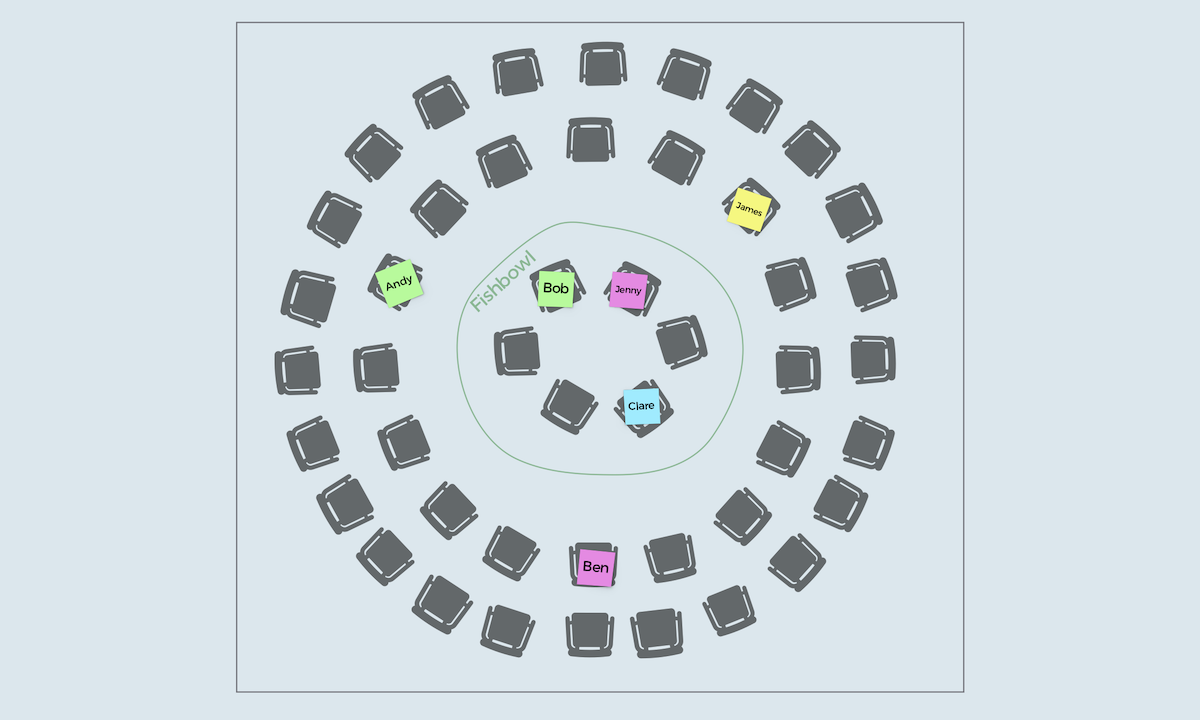 A fishbowl conversation helps to blur the lines between a large audience and speakers, by having an ongoing rotation of speakers in and out of the ‘fishbowl’ at the center. Participants must be in the fishbowl to speak. Traditionally run in-person, a fishbowl session translates well to an online meeting with an Ideaflip board acting as the physical space that defines who is in the fishbowl at any given time.

At the beginning of the session, have all participants upload an image of themselves, or add a sticky note with their name. Each participant can then move their icon between chairs to move between the outer circle and the inner fishbowl.

Only participants sitting in the inner fishbowl may speak - everyone else should be on mute.

Decide how many chairs you want in the inner fishbowl to limit the number of people involved in the conversation.

How people enter and leave the fishbowl is up to you, but here are some ideas:

Fishbowl conversations are excellent at blurring the line between the audience and speakers, and are ideal for participatory group meetings and/or un-conferences.

Fishbowl conversations need good facilitation to be effective, make sure the process is followed and everyone stays on track. They work best for larger groups with 15 people or more, and up to 6 people in the fishbowl at any given time.

Try using a fishbowl conversation for: