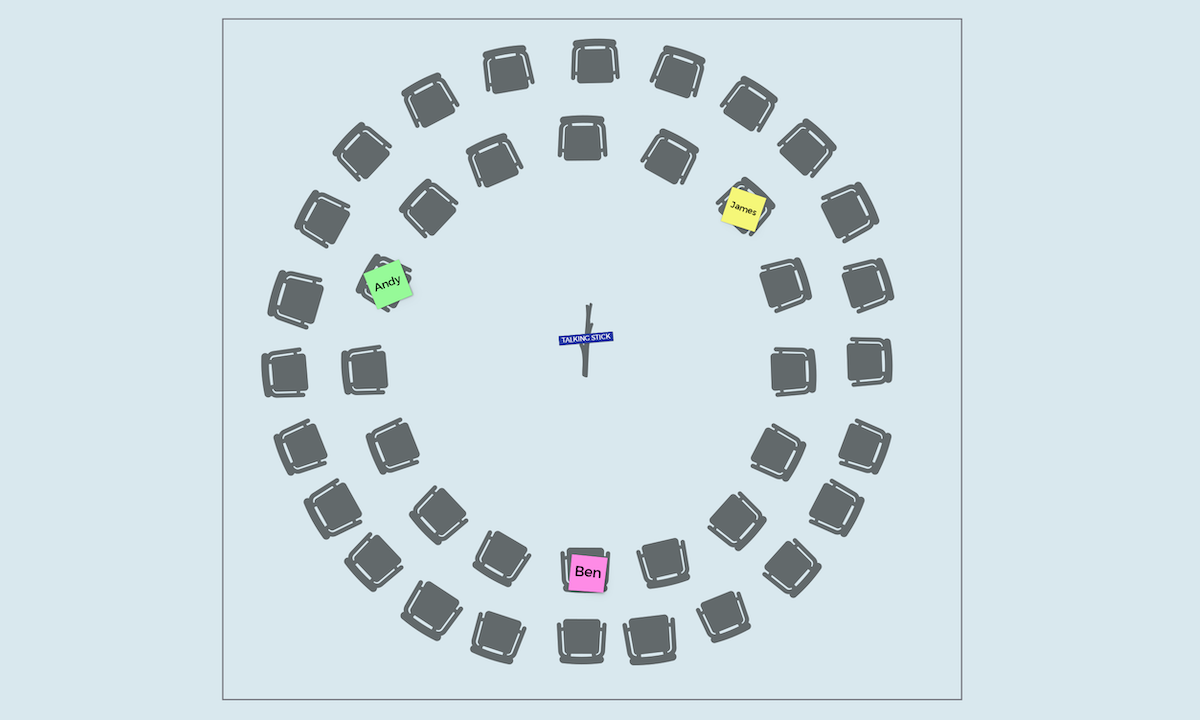 The talking stick, also called a speaker's staff, is an instrument of aboriginal democracy used by many tribes, especially those of indigenous peoples of the Northwest Coast in North America - Wikipedia

A physical talking stick (or other object) can be used in an in-person meeting to ensure that only one person is talking at once, and has the space to talk without fear of interruption. Other participants don’t need to worry about getting a chance to speak, since they will also have their turn with the talking stick.

Some things to consider for a participatory group session: